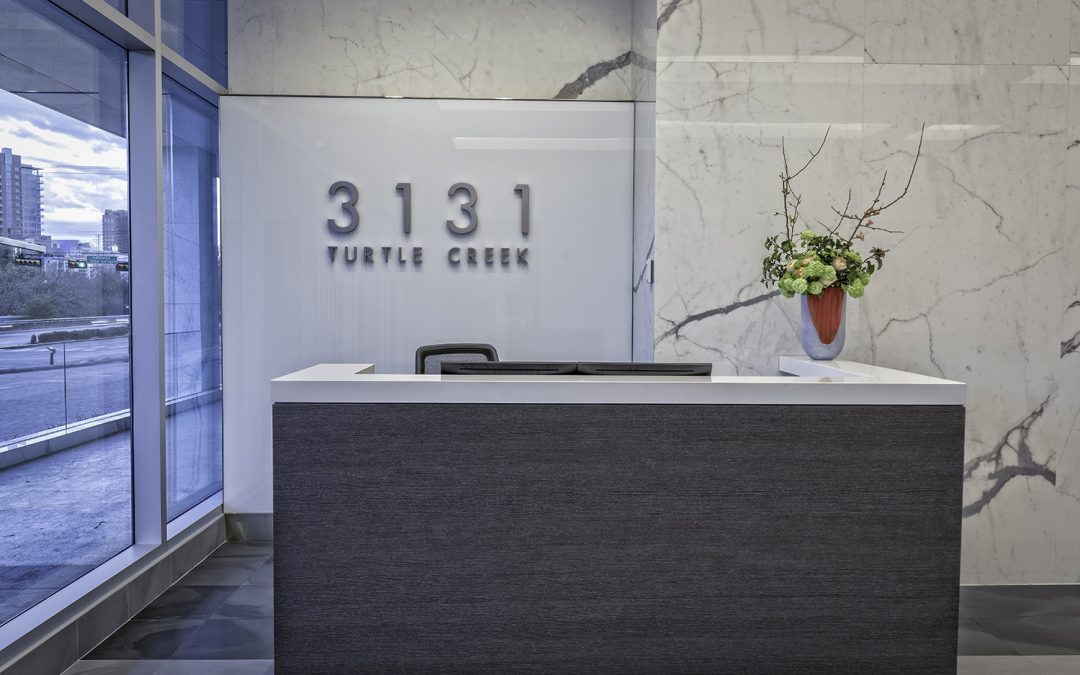 “We are moving out the non-financial oriented firms and bringing in firms that share common goals,” Besing told the Dallas Business Journal. “We want to curate folks we know and are in the business we are in.”

Over the years, the office building, which was built in 1972, had become home to a hodgepodge of companies ranging from physical trainers to jewelry companies, in part, because property wasn’t a top investment for the Saudi Arabian family, which owned the building since 1976.

“What we thought was fascinating and intrigued us was that it is a building with good bones, but hidden in plain sight in a premiere location,” Staffelbach told the DBJ.

“People have told me they didn’t even know the building was there even though they passed by it every day,” he added.

The architecture firm began by working around those good bones on the building, while removing the ones that were no longer relevant. That included cleaning up the marble fronting the building, as well as the band of Calcutta stone in the lobby.

“We didn’t try to invent something, but we enhanced and used products that were in line with the original building design and material,” Staffelbach told me. “This is a mid-century jewel within the Turtle Creek crown.”

The Staffelbach team also changed up the front driveway and enhanced the garage with slight touches in design to reference the building’s adjacency to the park along Turtle Creek Boulevard.

That included adding showers and lockers for employees within the building, giving them the option to run or walk the Katy Trail and return to work.

Other upgrades included adding a tenant lounge with a grab-and-go cafe and coffee bar, as well as an adjacent 10-12 person conference room, on the second floor of the building.

“Buildings are like people, they are all different and require different attention,” Staffelbach said. “This one is special, like the Crescent, when you have a chance to work with special people committed to making the journey to a desk a little more pleasant and eventful — it’s a wonderful experience.”

With the makeover newly completed, Dallas-based Lincoln Property Co. has been hired to lease the building, which is about 82 percent occupied. The new leases will likely be tied to capital-centric firms.

Cardinal Capital and Staffelbach are already teaming up on the next project: Upgrading the investment firm’s Preston Center building at 8214 Westchester in Dallas.