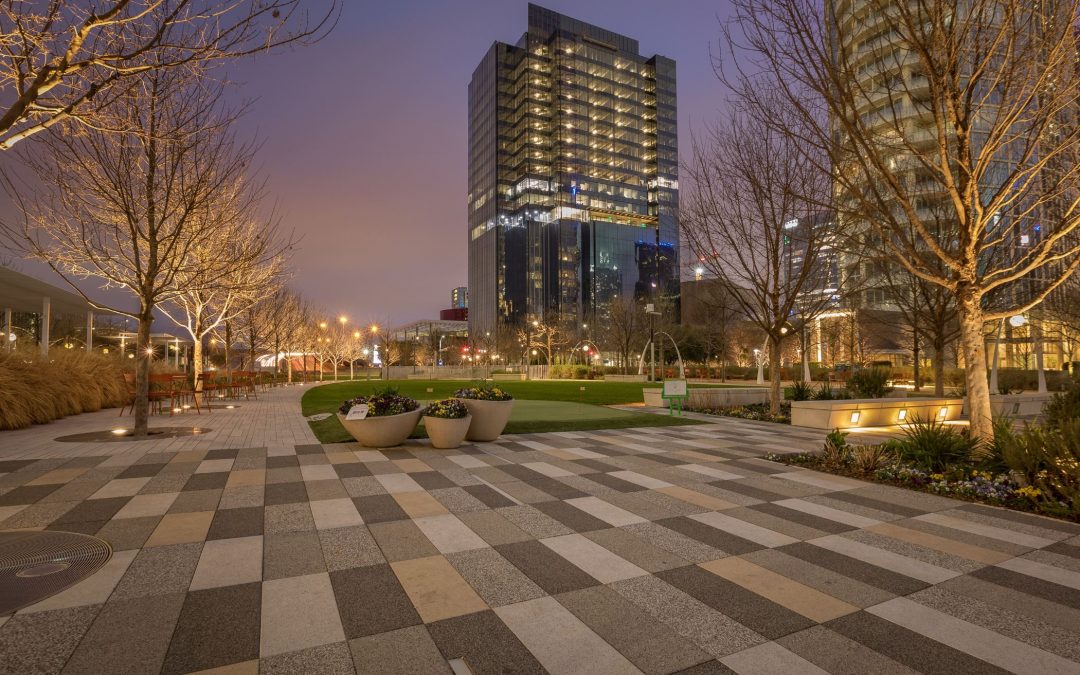 The strength of the Dallas office market is raising the possibility for a newly constructed tower to set a price per square foot record in Texas.

Three years ago, Dallas-based Lincoln Property Co. pulled off a coup, snapping up a high-profile tract of developable land at the hard corner of Pearl Street and Woodall Rodgers Freeway from the Dallas Symphony Foundation for $7.2 million.

Now, eight months after finishing construction on a 25-story, 261,400-square-foot office tower — and reaching nearly 90 percent occupancy — Lincoln Property is readying the Class A office tower for a sale, according to industry sources.

Lincoln Property plans to soon begin marketing the high-profile tower with the help of Eastdil Secured brokers in Dallas by the end of the first quarter in 2019, sources say. Lincoln Property executives and Eastdil brokers declined to comment on the market speculation.

If the building, known as 1900 Pearl, does land on the market, it would be Dallas’ first office building completed this year to potentially sell to investors. The industry sources say the building has the ability to command the highest sale on record in Texas considering its location in the Dallas Arts District and adjacency to the Meyerson Symphony Center and Klyde Warren Park.

Currently, the 5th + Colorado building at 201 W. 5th St. in Austin holds the price per square foot record in Texas with a price of $663.50, according to CoStar data. The office tower sold in Sept. 2017 for $119 million to Intercontinental Real Estate. The seller was Goldman Sachs in New York.

The Dallas area’s office market has remained stable amid a rise in construction that historically would have shaken the boom-or-bust market. That’s because a substantial portion of new construction is tied to build-to-suits for companies such as Toyota North America, Liberty Mutual Insurance, FedEx Office, JP Morgan Chase and Charles Schwab.

Big funds and overseas investors are looking to bet on Dallas-Fort Worth thanks to a run on real estate tied to corporate migration to the region from the West and East coasts. This gives the Dallas area an edge compared to other major U.S. markets.

“This is a brand-new building with longer-term leases with an upper-end of the marketplace rent,” said Walter Bialas, a vice president and director of research in JLL’s Dallas office, about 1900 Pearl. “This has all the ingredients of being able to command one of the high sales prices in the market.”

Bialas, who had no knowledge of the potential sale, said he hasn’t seen the rent roll of the building, so it’s difficult to determine a price tag. According to CoStar data, the office tower commands rents of $36 to $38 per square foot, including taxes, insurance and maintenance, which is on the high end of the Dallas market.

Other recently sold Class A buildings in the urban core of Dallas have sold at market highs. In 2016, 17Seventeen McKinney at 1717 McKinney Ave. sold to Dallas-based Gaedeke Group for $190.9 million, or $517 per square foot.

The recently signed leases at 1900 Pearl would be attractive to several would-be investors, Bialas said.

Lincoln Property’s office tower is about 88 percent leased with some additional letters-of-intent out to prospective tenants, including two restaurants, said Jake Young, a senior leasing associate overseeing the marketing of the property.

Young declined to comment on any potential sale of the building.

The office tower also has three restaurant spaces on the ground floor. Young said two of the spaces are leased with only one left totaling 3,300 square feet.

The tract at 1900 Pearl St. was last valued at $27.9 million by the Dallas County Appraisal District prior to the office tower’s completion. It was acquired by the Dallas Symphony Foundation for $1.5 million in 1995 and held for more than two decades. The revenue from the sale to Lincoln Property helped to ensure the financial future of the foundation.