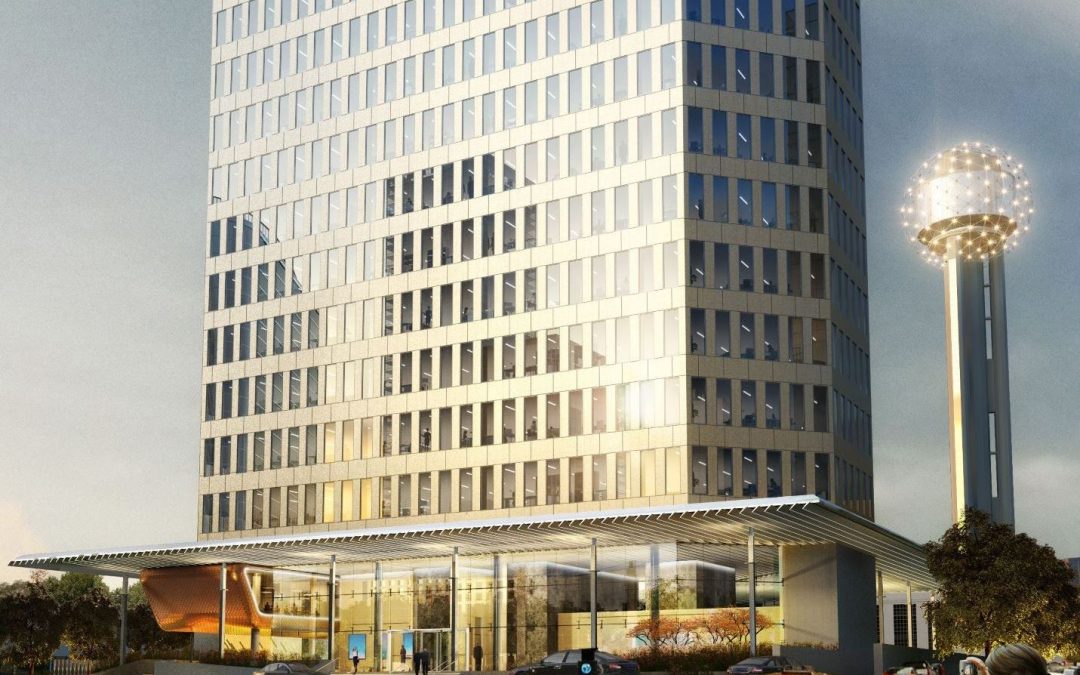 400 Record has a great historic legacy in Dallas. It was originally built in 1985, and is formerly known as the Belo Building. Over the last two years, the building has gone through extensive remodeling, led by global design firm Gensler. The property has been enhanced with modern amenities, including a state-of-the-art fitness center with spa-grade changing rooms, spacious conference rooms, tenant lounges, Record Spinners (private golf carts that can take tenants around the Dallas Central Business District), and even a dedicated tenant app.

The building is home to Bullion, an upscale French brasserie that is the first solo concept of Michelin star-awarded Chef Bruno Davaillon. The restaurant is open for lunch Monday to Friday, and for dinner Monday to Saturday. Other notable tenants include City Electric Supply, Labora Group, Eighty Three Creative, Whitebox Real Estate, and The Tot.

The announcement is the outcome of Lincoln’s recent push to grow its third-party commercial management division in Dallas. In 2017, Lincoln brought on executives Mark Dickenson and Andrew Jones to lead its property management charge. “We are so proud to be a part of this assignment.  I believe we were selected because of Lincoln’s reputation as a professional, local, and service-minded management firm,” said Jones, Senior Vice President at Lincoln.

Built in 1985 and originally known as the Belo Building, 400 Record is a 17-story, 235,000-square-foot property in downtown Dallas. The building features approximately 13,500-square-foot floor plates, a three-level underground garage, and striking views of the iconic Dallas skyline. Since being purchased on 2014, 400 Record has undergone extensive renovations, evolving into a premier business property and becoming a radiant addition to downtown Dallas. With modern, market-leading amenities and dedicated ownership, 400 Record is redefining office space standards in Dallas. The building has available space for lease.

Lincoln Property Company is one of the largest and most diversified real estate companies in the United States, offering a comprehensive suite of value-added services for its clients, including asset and property management, construction management, development and build-to-suit services, investments / acquisitions, and landlord representation. Lincoln is highly regarded within the real estate community and among its clientele: investors, lenders, tenants, and owners of commercial real estate. Additionally, its experienced team and ownership mentality uniquely position Lincoln as one of the most trusted real estate partners among institutional real estate investors. Lincoln’s commercial group has developed more than 130 million square feet of commercial space and currently manages over 170 million square feet of space across the United States.