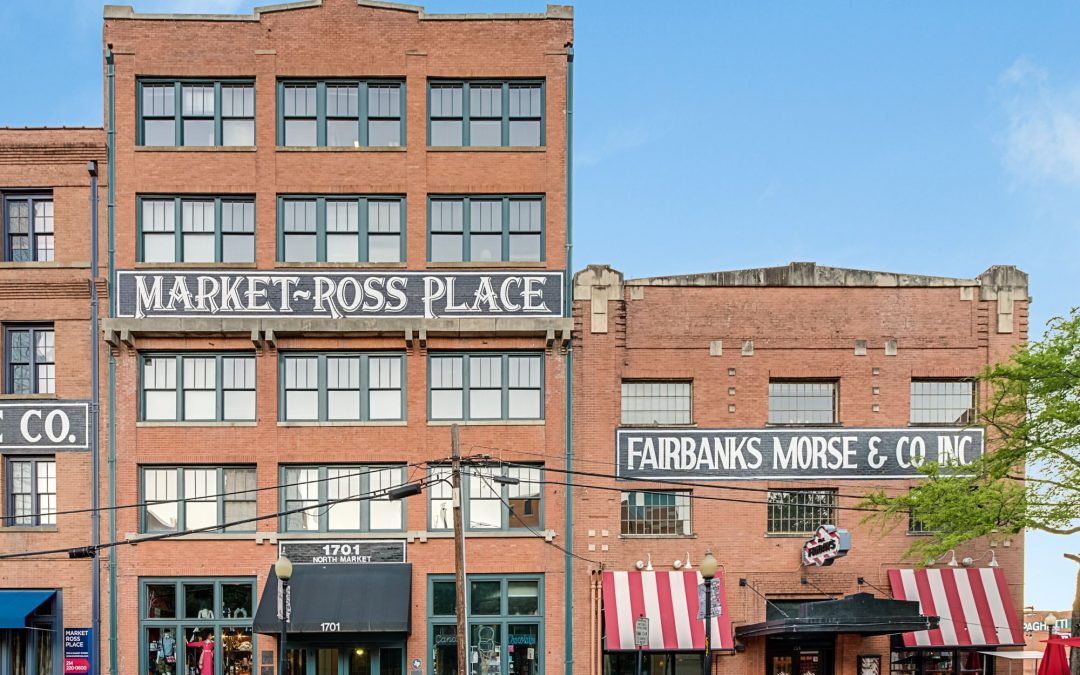 A big chunk of downtown Dallas’ West End historic district has been sold to one of the area’s largest developers.

A partnership headed by Lincoln Property Co. has acquired the Market-Ross Place buildings on Market Street at Ross Avenue and several other properties in the district.

The building complex, over a century old, includes 141,000 square feet in three brick and timber buildings.

The buildings are connected by a four-story atrium and were first converted to office and retail space in the 1980s. The buildings originally housed warehouse space for hardware, engines and other products.

Lincoln Property, in partnership with New York Life Insurance, bought the buildings from investors represented by Ecom Real Estate, which had owned the properties for over 30 years, Dallas County deed records show.

The new owners say in a statement they plan “a multi-million dollar renovation of the common areas and amenities.”

“Market-Ross Place is a terrific example of adaptive reuse of an historic building,” said Ecom’s Bill Nabors. “Built around the turn of the 20th century, Market-Ross is on the National Register of Historic Places and is home to four restaurants and over 30 office tenants.

“The building is well occupied. The Ecom Group had owned the building since its renovation in the mid-1980s.”

The sale also includes smaller buildings across Market Street that house the Palm Restaurant and other tenants. The Palm has been in the same location since 1984.

Nabors said that with the sales this month, Ecom has exited the West End and no longer is an owner in the district. Ecom was once the largest property holder in the area and played a substantial role in the former warehouse district’s redevelopment.

Lincoln Property is the latest major player to recently buy in to the West End district. The purchase makes Lincoln one of the largest owners in the area.

Lincoln officials did not respond to requests for details about their plans for the West End properties.

And Plano-based Granite Properties is renovating the former West End Marketplace retail center on Market Street and Munger Avenue into a combination of innovative office space and restaurants.

Investor and developer Provident Realty Advisors also bought the over 100-year-old Brewery Building on Houston Street and plans to use the property for a combination of offices and new apartments.