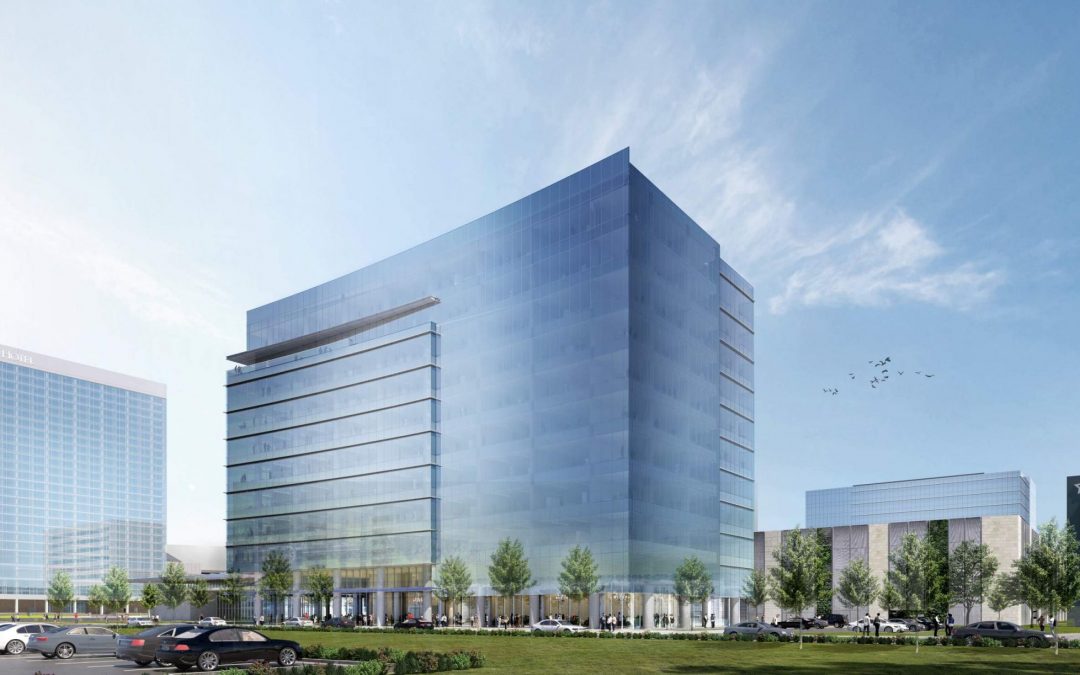 The office high-rise will connect Cowboys’ headquarters,Ford Center stadium and shopping on the Dallas NorthTollway.

The Dallas Cowboys’ $1.5 billion Star development in Frisco is growing with construction of a new high-rise.

Cowboys owner Jerry Jones’ Blue Star Land and Lincoln Property Co. are breaking ground on an 11-story office tower that will sit on the west side of the Dallas North Tollway.

The new office project will join the Cowboys’ headquarters and practice field, the Ford Center indoor stadium, the Omni Hotel and a shopping center in the 91-acre mixed-use project.

“We’ve already signed a couple of office leases and have decided to go ahead and pull the trigger and start this building,” Hickman said. “Obviously there are a lot of tenants that put things on hold to see how the office market would rebound from the pandemic.”

The more than 314,000-square-foot office tower — designed by Dallas architect HKS — has been in the works since 2019.

“We’ve had plans for this building drawn up for probably a year,” Hickman said. “When COVID hit, we put it on hold.

“Now we have had some tenants circling.” Plano-based medical financial services firm Cain Watters & Associates will be the first office tenant in the new building. Jones Lang LaSalle’s Russell Cosby and Torrey Littlejohn negotiated the lease.

The next office tower will be near the Twelve Cowboys Way luxury apartmenttower at the Star and Baylor Scott & White’s sports therapy center.

Hickman said site work for the new office tower will start in the next week or so,with an opening set for early 2023.

“It will have great visibility from the tollway,” he said.

Along with office space, the tower will have conference facilities and a 7,000-square-foot tenant lounge on the second floor. And a restaurant is beingconsidered for the ground floor.

Tenants in the building will also be able to use the nearby Cowboys Club and theCowboys Fit gym and workout facilities.

“People really love the club and being connected to the football team and all ofour restaurants,” Hickman said. “The Star is a great mixed-use development.”